The inaugural meeting of the Northern Ireland - Netherlands Tradeand Export Society (NI - NL), to coincide with and celebrate the 5thconsecutive visit to the Netherlands of companies from the City ofLisburn, was held on 14th February 2006 in Restaurant d'Vijff Vlieghenin Amsterdam.

Alderman Edwin Poots, Chairman of Lisburn City Council Economic Development Committee, who claimed to be of Dutch descent, was delighted to further strengthen trade links with theNetherlands through becoming a co-founder of NI NL. Alderman Poots andthe Economic Development Team were delighted to see so many Lisburncompanies active in the Netherlands and extended a warm welcome to their numerous Dutch business partners who had traveled to be in Amsterdam for the dinner.

Steve mentioned numerous projects and initiatives over the years  between the regions both Outward and Inward, sectoral and multi-sectoral. The guests were informed that industries such as Agri Food, Engineering, Aerospace and ICT are key in both markets with examples of successful partnerships or 'samenwerkingen' from these sectors including:

Strong business partnerships and the legendary Northern Ireland hospitality have also wooed companies such as Norfolkline, TNT, Makro, Randstad and Trouw Nutrition to set up bases in Northern Ireland.

Steve explained how NI-NL shall assist trade development by being a formal forum and platform through and from which companies and professionals active, or who wish to become active, in trade between Northern Ireland and the Netherlands, can meet together to share their knowledge, views and opinions.

NI-NL shall meet a number of times per year in Northern Ireland and the Netherlands for a range of events - seminars,company presentations, site visits, trade & networking events, and dinners such as at d'Vijff Vlieghen.

The www.NI-NL.org website, developed by Net-Finity in Belfast, would be key to the success of NI NL, guests were told, as well as the efforts of the sponsors to promote the organisation leading  to a formal launch in Northern Ireland in April 2006.

Norfolkline a 1st class shortsea carrier operating Ro-Ro/Ferry and container routes in Northern Europe were thanked for their commitment as a Corporate sponsor for 2006 and that their expertise in logistics would be called upon to facilitate events and further trade with continental Europe.

Guests toasted NI - NL and a continuation of successful relations between Northern Ireland and the Netherlands in the years to come. 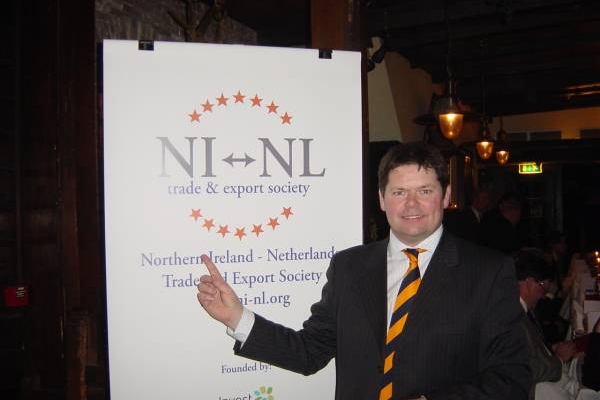 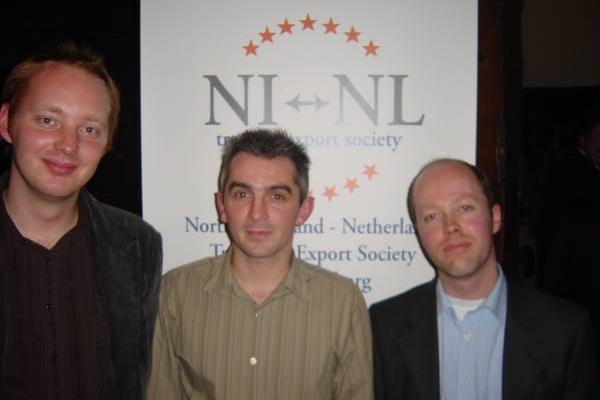 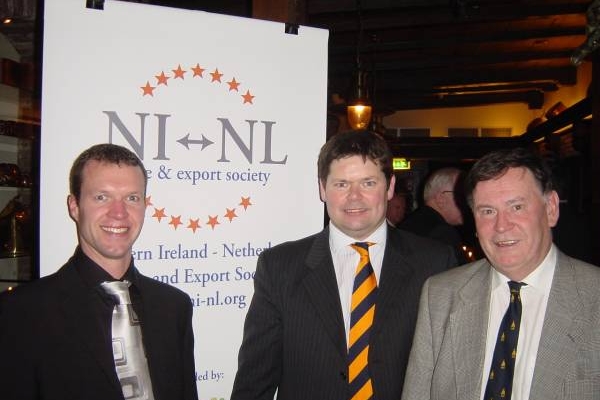 Norfolk Line and Brett Martin with Richard Matchett of NITC 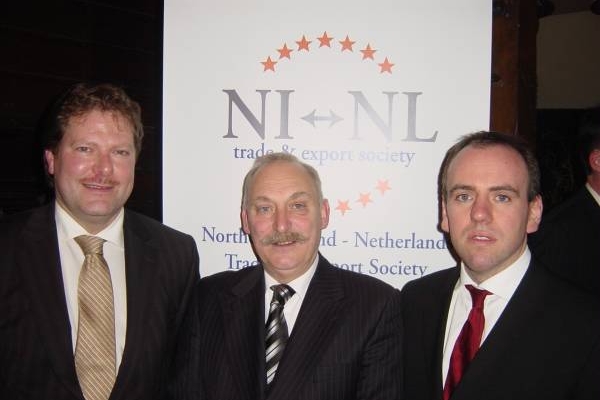 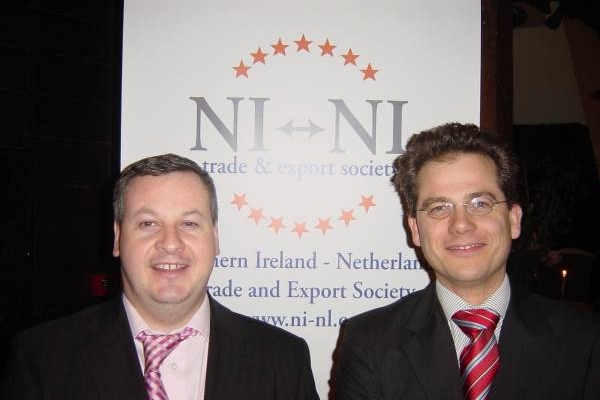 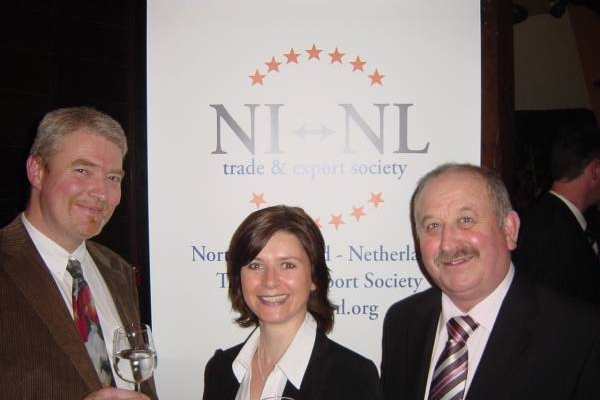 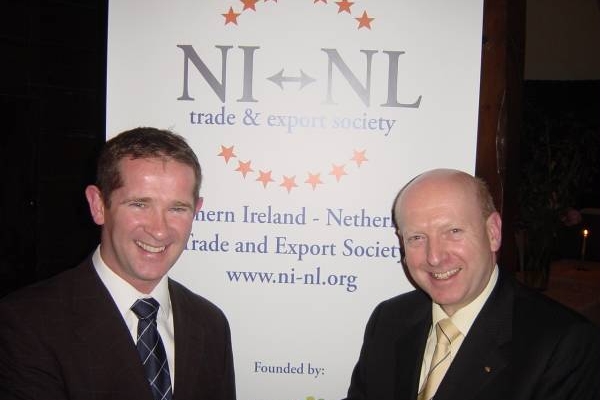 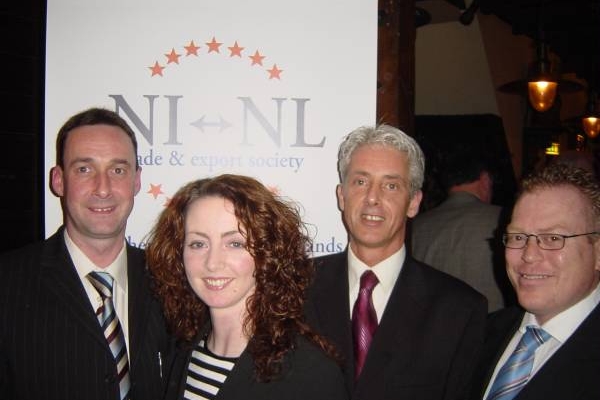 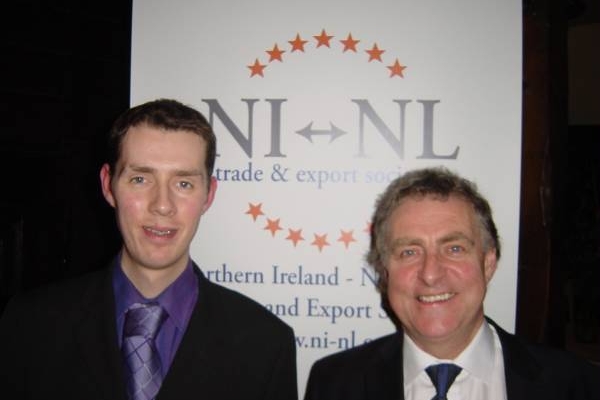 Lisburn Dinner gets NI NL off to a business like start 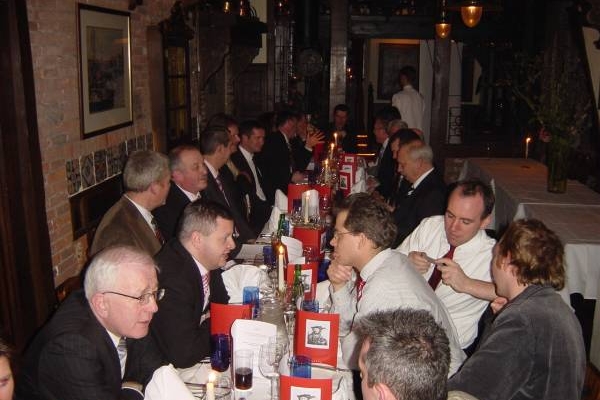 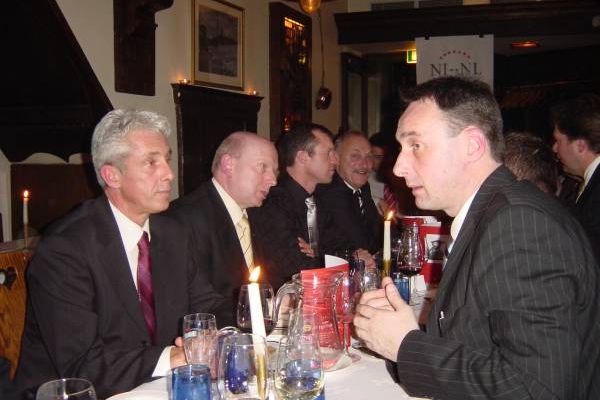 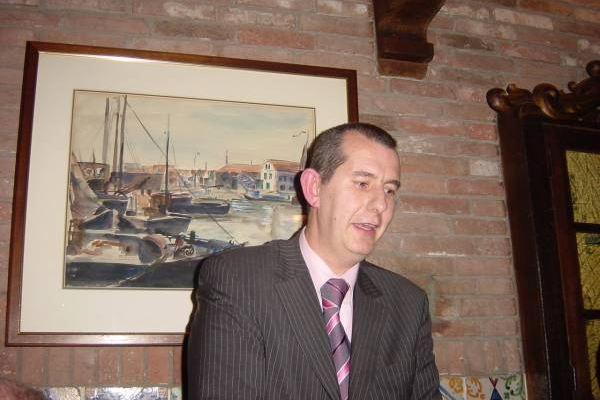 Steve Murnaghan looks back to 12 years of successful trade development 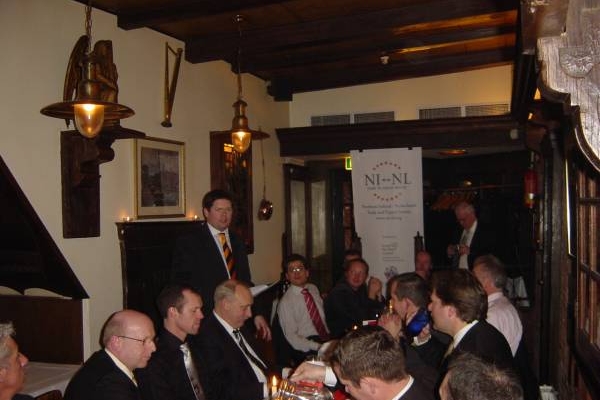 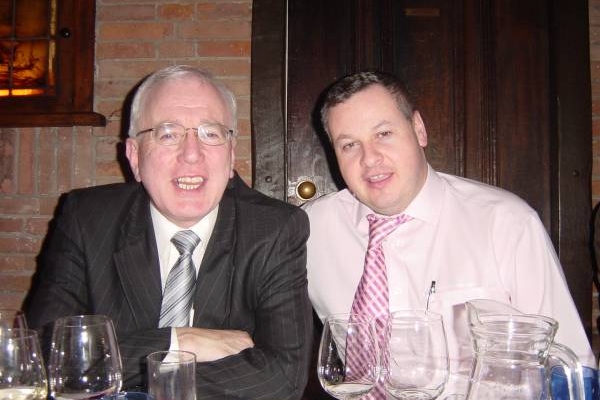